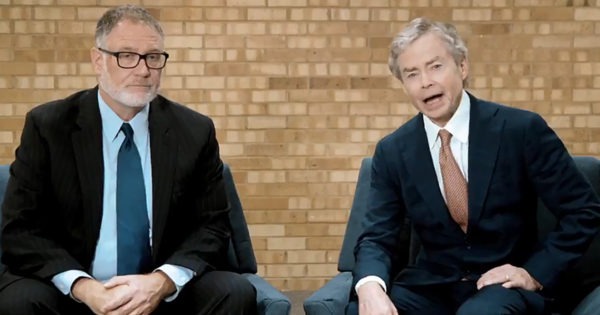 Texas real estate developer Don Huffines, who is widely expected to self-fund his primary campaign against Gov. Greg Abbott, released a new ad featuring Jeff Younger – the father of 9-year-old James Younger, who identifies as a boy with his father but is being forced to wear dresses and identify as a girl by his mother – that slams Abbott for his refusal to take a pivotal stand on the issue of child gender transition surgeries and chemical castration.

The ad, posted to the official Don Huffines Twitter account this morning, begins with a monologue from Younger. “I live in Texas, and my ex wife has been trying to sexually transition my son since the age of three. She wants him to be a girl. I’m fighting for my son’s life because our politicians refuse to ban the barbaric practice of transition therapy, puberty blockers, and even genital mutilation surgery on kids,” said Younger. “Two years ago, after receiving a massive amount of pressure about his silence on this abuse, Greg Abbott tweeted this.”

In the 2019 tweet, Abbott claimed, “FYI the matter of 7 year old James Younger is being looked into by the Texas Attorney General’s Office and the Texas Department of Family and Protective Services.” Younger explains that Abbott has remained completely silent and inactive on the issue since writing the tweet almost two years ago.

Transitionary therapy and genital mutilation surgery on children is legal in Texas. This is absurd, and when I am governor we will put an end to all of it. pic.twitter.com/vuwfMfr9qK

“Since that tweet, Abbott hasn’t said or done a thing about my son’s case or others like it. Last week, Republicans even killed legislation that would ban sex change surgeries on children right here in Texas,” noted Younger. Thus far, Texas Republicans have killed at least three bills that would end child gender transitions in the state, despite a massive activist campaign and the voice of Texas Agriculture Commissioner Sid Miller appearing in an advertisement urging Texas Republicans to ban the practice, and subsequently appearing on Tucker Carlson Tonight.

“This session, Abbott prioritized rural Internet expansion while refusing to protect Texas kids. Abbott’s silence an inaction is endangering Texas children, but from the beginning, Don Huffines has stood with me to protect Texas children. Don is the proven leader we need to lead this state,” concluded Younger. Huffines then promised, “As Governor, I will end the barbaric practice of these abusive therapies on two-year-olds and the mutilation of Texas children will come to an end. We’re out of time. No more excuses.”

‘Anti-Fascist’ Rioter Will Be Main Protagonist Of Far Cry 6